The isotonic method is a training system that uses barbells, dumbbells or muscle machines.

The innovative Kineo system uses, instead of traditional tools, a ROBOT ENGINE that allows you to work with the method, with total control of the load and working parameters. 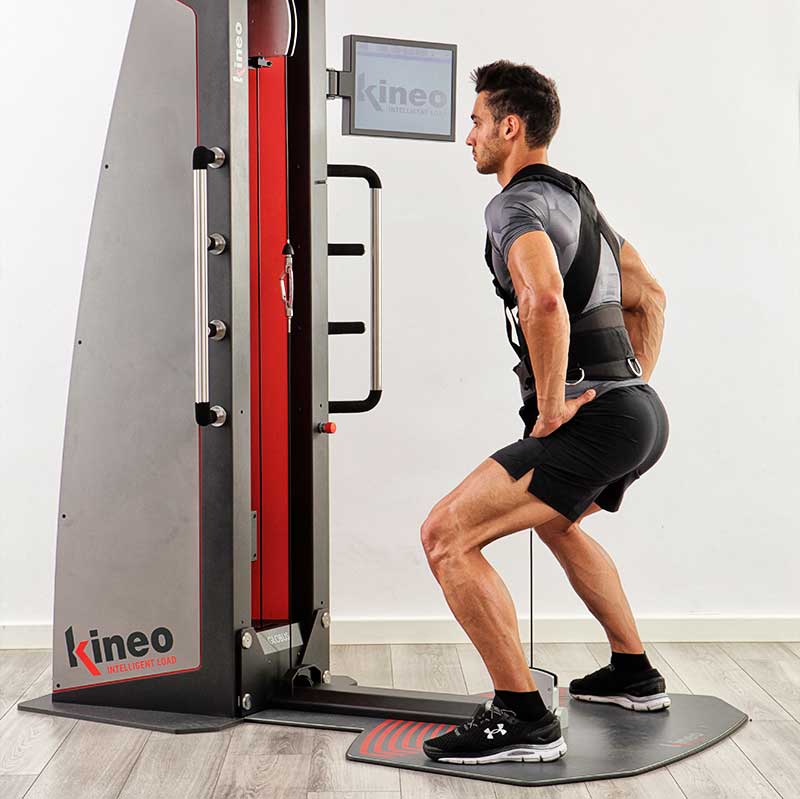 The Isotonic method of Kineo allows to use different loads in the 2 phases of the movement, concentric and eccentric, for a more functional and effective training.

The load can be set freely in both phases:

The Robotic engine applies the same inertial effects produced by barbells and traditional body-building machines to the isotonic exercise.